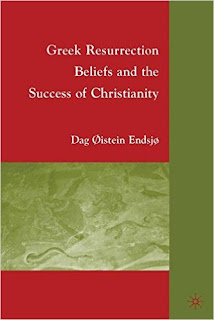 My book Greek Resurrection Beliefs and the Success of Christianity, has just been republished in paperback on Palgrave Macmillan, finally to a reasonable price after the original hardcover. It is also available as ebook. For details, see here.

This book examines the relationship between the breakthrough of Christianity in antiquity and the belief in the resurrection of the flesh. Traditionally, Greek religion entailed a strong and enduring conviction that immortality always had to include both a body of flesh and a soul. Both mythical and historical persons were also believed to have been resurrected from the dead and become physically immortal. The Christian belief in the resurrection of the flesh evolved only gradually, beginning with Paul, who simply denied it. But the more popular Christianity became among the Greeks, the stronger the emphasis became on the resurrection of the flesh; and the more Christianity stressed physical incorruptibility, the more Greeks left their ancient beliefs for this new religion. As such, the traditional Greek longing for immortal flesh can be seen as an important reason for the success of Christianity.

For those interested, I have recapped excerpts from some of the reviews.

This research project is completely new and unique. … In his remarkable and well-written monograph, Endsjø proposes nothing less than new general hypotheses of Greek, Jewish and Christian eschatology and their interrelations. … I am deeply impressed by the creative force of his original redefinition. … With his innovative approach to analyzing the connection between Greek, Jewish and Early Christian views on resurrection and immortality, Endsjø forces his readers to reconsider the whole issue.
Per Bilde, Aarhus University, Denmark in Numen 58 (2011)

This fascinating, well-researched and eminently readable book … should appeal to students of Greek religions and early Christianity. … This excellent book … engages important scholarship throughout and the author is to be commended for his careful and engaging attention to detail. … I do recommend this book highly for it challenges students and scholars alike to always keep their eyes on the historical and cultural context in which Christian doctrine arose.
Dennis P. Quinn California State Polytechnic University, Pomona in Religion & Theology 17 (2011)

This is a lively, highly enjoyable, scholarly, and innovative book considering the theme of Greek ideas about bodily resurrection in the light of the Gospel traditions. The author is to be commended for covering such demanding ground with such a light touch. The work will be an important addition to the literature, and should be required reading in New Testament departments, as well as being equally valuable in schools of Classics and Ancient History. This is a timely and important study.
Rev. Dr. John Anthony McGuckin, Nielsen Professor in Late Antique and Byzantine Christian History, Union Theological Seminary, and Professor of Byzantine Christian Studies, Columbia University 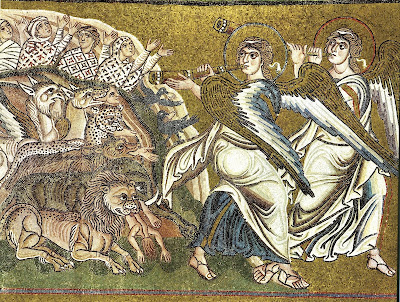