Shame! Take a Study of Religion course in SKAM at the University of Oslo

Honour and dishonour. Slutshaming and closet gays. Sex of all kind. Identity. Fear of pregnancy. Drugs. Relationship between parents and children. All the major issues in the Norwegian cult TV series SKAM reflect not only contemporary adolescence, but also how much of our entire existence is characterized by religion, directly or indirectly. As in society in general, even the most secularized SKAM characters deal with religious ideas, symbols, and beliefs through how these have shaped and still affect our culture. 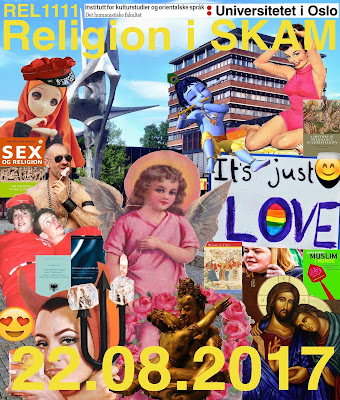 This is some of what you may learn in the new Study of Religion course, REL1111 Religion in SKAM. The course will be held at IKOS at the University of Oslo for the first time this fall. 22 August 2017.

Learn about how SKAM is a microcosm, where different world views, in various degrees influenced by religion, exist side by side. We will look at how the actions of Isak and Even, Sana and Yousef, Noora and William, are influenced by Christianity, Islam and other religions. What would have been different and what would have been the same if they lived in another society or in another time? How do shifting frameworks determine how we live our lives, at home and at school, within and outside religious space, whether you are male or female, gay or straight? To what extent do we have the opportunity to live the lives we want to and how was this before? 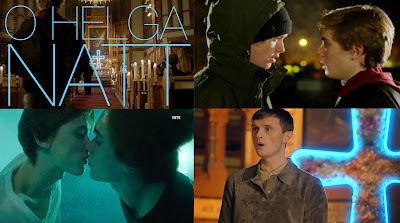 Dag Øistein Endsjø, who has written the book Sex and Religion which is published in eleven languages, is responsible for the course. He is, however, not the only instructor. Anne Stensvold, who have recently published books on the history of pregnancy and on politics and religion, will also teach, and so will Hanna Havnevik with her broad expertise in Buddhism and recent anthology, Buddhist Modernities (Havnevik et al.), Nora Stene, who specializes in religion among children and youth, Ragnhild J. Zorgati, who is an expert on Islam and pluralism and on religion and gender, and Cecilie Endresen with her interdisciplinary expertise in contemporary Islam and Christianity.