As Professor in the Study of Religion at the University of Oslo and consequently with the right to nominate for the Nobel Peace Prize, I have just formally nominated Jane Goodall and the UN Nature Panel (IPBES) for this year’s Peace Prize for the following reasons: 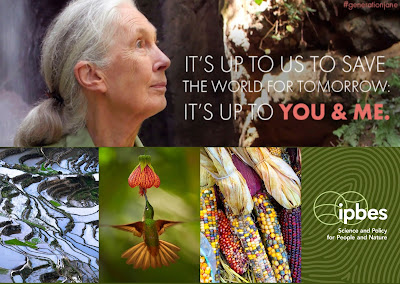 As we face a perilous nature crisis, the IPBES and Jane Goodall use science to inspire action and raise international cooperation to preserve peace and a healthy environment for future generations.

As pointed out by the Norwegian Nobel Committee when awarding the 2004 prize to Wangari Muta Maathai, “peace on earth depends on our ability to secure our living environment.” As the nature crisis already exacerbates the grave climate crisis, threatens food and water security, contributes to lethal pandemics, and generates instability, securing sound ecosystems and biodiversity today is vital for the future preservation of peace and fraternity of nations in accordance with the will of Alfred Nobel.

Established by the UN in 2012 to combat the nature crisis through the dissemination of science and multilateral cooperation, the IPBES holds a most prominent part in the global effort to restrain this crisis, parallel to the role of the 2007 laureate, the UN Climate Panel, against the climate crisis. Providing scientific facts against myths of denial, identifying the acute challenges, presenting various threatening scenarios, and, not least, offering effective solutions through its network of 132 member countries and thousands of scientists, the UN Nature Panel may help preventing future conflicts to arise from further destruction of nature and subsequent depletion of resources.

As a lifelong champion for the preservation of biodiversity inextricably tied to human existence, Jane Goodall is not only a living symbol for the environmental movement as such, but has revolutionized the understanding of the human relationship with animals, and has, through the Jane Goodall Institute, championed sustainability and the preservation of nature with a community-centred approach. In this way, Goodall has contributed to raise awareness about how preserving ecosystems and biodiversity is essential for a peaceful future both globally and locally.

Recognizing the effort to preserve peace through safeguarding life in all its diversity, a prize to Jane Goodall and the UN Nature Panel would be particularly in the spirit of the 1952 prize to Albert Schweitzer for his “reverence for life”. 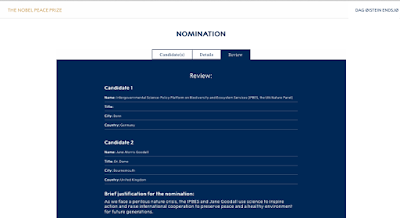 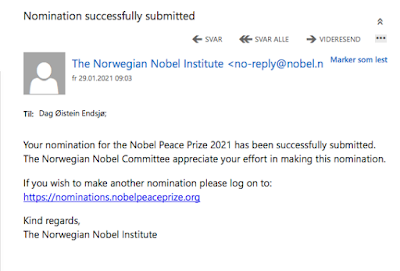 Dag Øistein Endsjø
I am a professor in the Study of Religion at the University of Oslo.